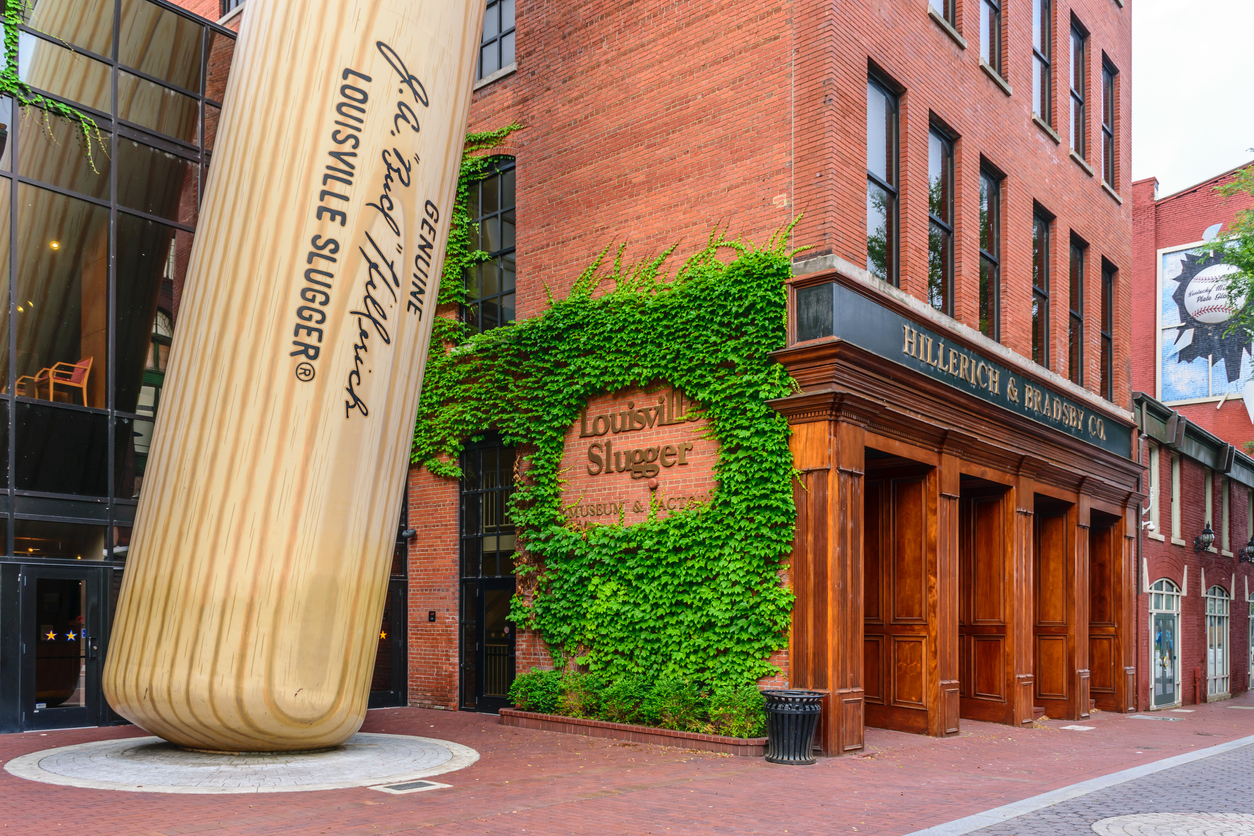 Step into the Bat Vault to see over 3,000 original bat models. Created by some of the greatest athletes ever to play the game, they each have a story to tell. During your visit, you can hold the different models. You’ll also learn more about baseball’s legends, from Ted Williams to Babe Ruth.

The Big Bat and The Big Glove

Standing 120 feet and weighing 68,000 pounds, The Big Bat is the largest baseball bat anywhere in the world. As for The Big Glove, it weighs an impressive 17 tons and was made from 450-million-year-old Kentucky limestone.

On view through February 20, 2022, Triumph and Tragedy highlights the storied life of Jim Thorpe. Born in 1887, he went on to become one of the most accomplished all-around athletes in history. Between 1913 and 1919, he was an outfielder for the New York, Cincinnati, and Boston National League teams. This exhibit highlights his career, and also tells how he was stripped of two Olympic gold medals in the decathlon and pentathlon.

For a fascinating look at how they make the bats, take a factory tour. The fun kicks off with a movie before you have a chance to experience the factory production line. There, you’ll smell the wood and watch the chips fly. After the tour, you will receive a miniature souvenir bat to take home.

After spending a fun-filled day at the baseball museum, stop by a Louisville restaurant for a delicious fried chicken dinner. If you would like to call Axis on Lexington home, please contact us. Our friendly leasing team will show you our apartments in Louisville firsthand.